Hi Tech Pharmaceuticals Continues To Thrive Against All Odds

Hi Tech Pharmaceuticals Is On A Roll

In an economy that is struggling at best, Hi Tech Pharmaceuticals continues to grow and thrive while many other supplement companies are finding it harder and harder to survive in the current economic and political environment.

If you look at what Hi Tech Pharmaceuticals has done you can see that they have grown their family of brands buy consolidating the most popular brands and supplement companies under the Hi Tech umbrella of companies.

Some of their acquisitions include these well known supplement companies:  ALR Industries, APS Nutrition, Formutech Nutrition, Innovative Labs, I Force Nutrition, LG Sciences and Sports One, to name a few.

Jared Wheat and Hi Tech Pharmaceuticals have been harassed relentlessly by various government agencies such as the FDA and FTC over the years for several reasons including but not limited to labeling and ingredient claims by the federal government. 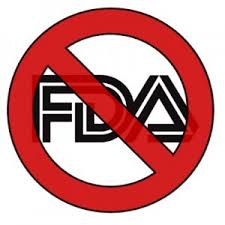 Despite these underhanded attacks, Hi Tech has prevailed by continuing to provide safe and effective products that customers demand, despite the attempts to stop them with bullying and other tactics.

While many supplement companies have been forced out of business by the ever increasing rules and regulations of massive government intervention into the free markets, Hi Tech has continued to find innovative ways to not only survive, but to grow and thrive. Entrepreneurs across America look to Hi Tech Pharmaceuticals as a role model of how to survive and thrive in the current hostile government regulatory environment.

The rules and regulations in the United States continue to favor big pharma, big banks and other large government friendly operations such as their spying partners which includes Microsoft, Google, Amazon and Facebook. According to the FDA, dangerous drugs are fine as long as the FDA approves them, but natural safe supplements are unfairly attacked as being dangerous. This is the state of affairs in the U.S. today. 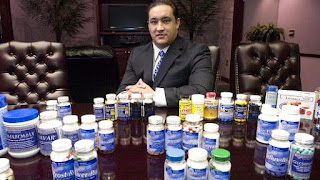 American citizens are thankful and supportive of the continued efforts of Jared Wheat and Hi Tech Pharmaceuticals to provide the natural and effective herbal products that have yielded the best results while using natural ingredients that are safe and effective.

EBAY Discriminates Against Sellers Based On Size - Shame on you EBAY.

As a seller on Ebay, I run into the same problem repeatedly. They will delist certain items that they claim are not allowed to be sold on the EBAY site based on policy, but they only will delist it for small sellers.


Other large sellers are allowed to sell these same "non compliant" products without as much as a slap on the wrist.

When you speak with EBAY customer service they assure you that the other sellers will be removed, but they never are. These sellers continue to break EBAY policy while EBAY pretends not to notice. Meanwhile, as new sellers come on board and list products that are being sold by many others, they are quickly penalized and even have their accounts restricted for a month at a time.

Even worse, EBAY can and will permanently ban you from selling on their site while turning a blind eye to those sellers who are too large to penalize.

Here is one particular product that was removed immediately upon listing:

There are five other sellers listing this product. One of the sellers has sold 77 of them at the time of this writing. They will continue to sell them with no penalties because they are a large volume seller and EBAY is a money hungry operation with no real morals.

EBAY, you are just like many other evil corporations who don't play fair. Shame on you.
Posted by News Wire at 5:42 PM

I remember the good old days when SEO was easy! There was a course I took called "Stomping The Search Engines" written by Brad Fallon that basically was a perfect road map for ranking your keywords on Google, Bing and Yahoo!

It was really cool and really easy. The basic premise was to get as many backlinks as possible pointing to your site or a particular web page and make sure the link was using the proper anchored text.

Well, viola, as soon as you did that, the results started to appear almost instantly.

That was then, and this is now. Things change and one day Google decided to turn everything on its head. Basically, all the sites that were doing what worked, were delisted from google or sent to the dungeon of search results in a swift kick in the ass algorithm change.

So the question remains. Does SEO still work?