Why Is Silver So Cheap?

Silver is one of the most essential metals on the earth. Silver is rare and has many qualities that make it an indispensable material for manufacturing and technology. What I can not understand is why it is so cheap when priced in dollars or Federal Reserve Notes.

Did you know that silver is the most reflective element on the earth? I did some reading and it appears that aluminum is actually more reflective at certain wavelengths (short) but overall, silver is the king of reflectivity making it the top choice in solar energy applications as well as mirrors and more. It is shiny, a greyish-white color, and its gloss reflects 95% of light when it is polished 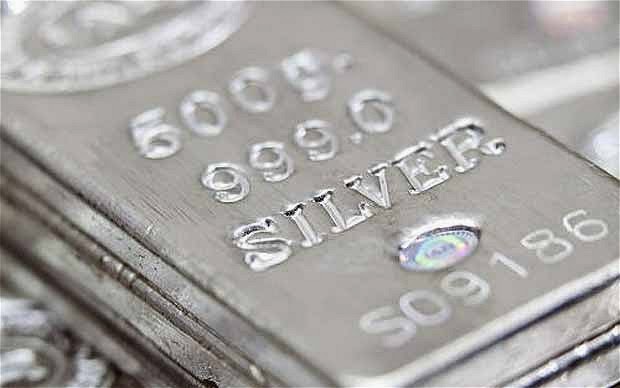 Silver is the most malleable and most ductile metal except for gold which is the. Silver the metal with the highest thermal and electrical conductivity level. This makes it extremely important for usage in electronics, military applications and hi tech applications like cars, phones, batteries, weapons, smart phones, computers, etc...

Silver has historically traded at a ratio of 16:1 in terms of gold. Meaning you could buy 16 ounces of Silver for every ounce of gold you could buy.  Today this ratio is way out of whack. As of this writing, the price of silver $19.41 per troy ounce while the price of gold is $1294.60. This puts the current Gold to Silver ratio at 66.7. This is purely ridiculous as this means you can buy 66.7 ounces of silver for each ounce of gold you can buy with the same amount of dollars (Federal Reserve Notes).

If you take a look at how much silver is mined each year compared to how much gold is mined each year you will find that the ratio is currently about 9 to 1, or 9 ounces of silver is produced for every 1 ounce of gold. This would be a much more understandable ratio than the current ratio of nearly 67.

So once again I will leave you with the question: Why is silver so cheap? That is a topic for another day, but I have a feeling that silver will shine brightly once again and that the price relationship between silver and gold will once again come back into a more reasonable balance. This means that silver must rise in price in terms of its big brother gold.
Posted by News Wire at 8:47 AM