Caledonia Mining Corporation - Will Caledonia Strike A Fair Compromise With Zimbabwe For Indigenisation?

As I wrote here a couple of days ago, I feel that Caledonia Mining may be on the verge of a massive run up in share price. There are several reasons for my thoughts.

Caledonia has had 2 major share price run ups in its long and sordid history. One run up occured back in 1986/1987 when the share price ran up from approximately $0.75 to over $7.00 in just over a 1 year period. This was almost a 10 bagger in just a little over a year.

The next major run up came in 1994 when CALVF share price ran up from just about $0.50 to over $9.50 in less than 1 year. This was nearly a 20 bagger in less than 1 years time! The interesting part of this story is that both times when these runups occured, they generated similar technical patterns.

Now please note, these are the only two occurences of this 80 level being breached in the history of this stock going back to 1985 except that it just happened again in 2011. It appears that we have completed the mini run up with a slow stochastic reading above 80 and now it looks as though we have completed the mini retrenchment and are now heading for the next major run up in price.

Take another look at the chart I have produced showing where the run ups in price occured and where the slow stochastich levels were breached.

Now take a look at where we are today in this process: I have used a Canadian chart of Caledonia Mining because is has more data than the American quote does at this time.

The really interesting part to me is that after the mini run up in 1994, the major run up happened just as the red slow stochastic indicator hit the level of 60. Now we have already had our mini run up and mini retrenchment and once again the slow stochastic is rising up toward the 60 level. When it hits 60 will we have our 3rd massive spike in CALVF share price?

Maybe? One more point I would like to discuss. Anyone who is a Caledonia Mining shareholder is probably aware of the Zimbabwe Indigenisation laws and the bad attitude that Saviour Kasukuwere has toward Caledonia Mining Corporation. The current (fraudulent and inept in my opinion) indigenisation laws require all companies operating in Zimbabwe to transition to a 51% Black Zimbabwean ownership.


This means that they are forcefully stealing from foreign companies that have invested in Zimbabwe. It is like legal plunder. But, that is the reality of the current situation. I do maintain that Caledonia is working hard to find a positive resolution for this agreement.


If it were to occur in the near future, perhaps as the slow stochastich is reaching the level of 60, this may the be spark that ignites the fire under Caledonia's share price. 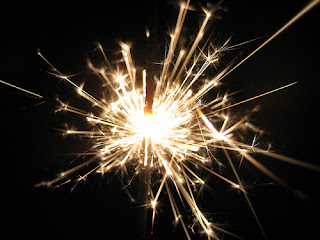 Now for my disclaimer: I own shares of CALVF. I have owned them for many years and bought more recently. I want CALVF to go higher. Much, much higher as it could make a lot of profit for me. I am not giving investment advice, only sharing some things that I have found interesting with CALVF and its share price. Don't invest in anything without first consulting with your licenced investment advisor. CALVF is a penny stock. Penny stocks are HIGHLY risky. You could lose any and all money that you invest in CALVF. If they steal the Blanket Mine from Caledonia using the cover of Indigenisation, it could have a very negative affect on the share price.