Investment is defined as “putting money into something with the hope of a profit,” especially in a market opportunity where the demand for a product or service is stronger than available supply. Such is the case today as far as the rising world market demand for copper and other base metals is concerned, and investing in American companies exploring for new potential mines on American soil is a great opportunity for substantial personal financial returns, as well as being in the nation’s best interest. (See articles on demand for copper appendix - 1)
Today, in the United States, our capacity to import our required mineral resources is being diminished by virtue of unstable political conditions. Reliance for our metal requirements on foreign sources can no longer be considered prudent. As well, ignorance at home, coupled with a lack of understanding how new ore bodies are discovered and new mines developed, has placed a dangerous impediment to establishing self-sufficiency.

Many of our great mining camps are either scratching the bottom of the barrel or bear mute testimony to the fact that those reserves once thought to be unlimited, no longer can provide for the demands of our society. Listed among the great mining camps of the United States, now long silent, are those of Calumet and Hecia and the iron mines in Michigan.
Among those historic providers, is the great mining camp of Butte, Montana, once known as the “Richest Hill on Earth”. The Butte deposit has provided a very significant portion, not only of copper, but many other metals, and presently helps to sustain the supply needs of the nation. But, alas, even with the metals extracted from the Butte deposit, the United States does not have self-sufficiency in many of these metals. What assurance is there that security of supply is going to be met?
Lying about 14 miles to the north-northeast of Butte is an old gold and silver mining camp known as the Ruby Mine. Exploration to date on this 21.3 square mile property, controlled by The O.T. Mining Corporation, has provided evidence to support the theory that another Butte style ore deposit may in fact exist. (See location map appendix – 2)
An investment in the Ruby property constitutes a rare opportunity for extraordinary profitable returns, while taking great pride in helping to initiate a new Renaissance for mining in the State of Montana and the United States of America. Evidence gleaned through the application of modern cutting edge exploration technology gives credence to the possibility that a copper ore resource as large as or greater than the Butte mining camp may well be hiding in the vicinity of the Ruby.
Company Profile
The O.T. Mining Corporation (“O.T.”) is a U.S. junior exploration company whose assets consist of 100% ownership (less a 3% net smelter royalty) of the 21.3 square mile Ruby Property and the nearby Basin Mill in Jefferson County, southwestern Montana as well as a 16.93% ownership interest in Namex Explorations Inc., a Canadian junior exploration company that is presently being restructured. (See photos of Basin Mill and office/core storage facility appendix – 3)
…/2
O.T. was incorporated in the State of Montana in 1980 as Ruby Resources of Montana Inc. On May 4th, 1987, the Company’s name was changed to The O.T. Mining Corporation. O.T’s stock trades on the Pink Sheets www.pinksheets.com – symbol OTMN.PK. O.T. is a United States non-designated 15c 2-11 company. The Cusip number is 671061 109. O.T. is listed in Standard and Poor’s and Mergent Inc.’s OTC Industrials.
As at September 30, 2010, O.T. had 13,821,593 common shares issued and 1,426,157 options outstanding. Fully diluted - 15,247,750. (See fact sheet for additional information appendix - 4)


Disclaimer: This Executive Summary contains forward-looking statements regarding the Company, within the meaning of Section 27A of the Securities Act and Section 21E of the Exchange Act, including statements regarding the anticipated timing, process and scope of further exploration and drilling activities. These statements are based on the assumptions that the Company believes are reasonable but that are subject to uncertainties and business risks. 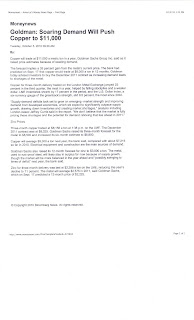 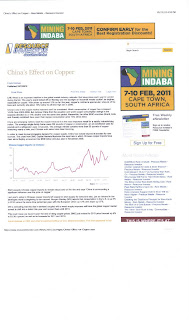 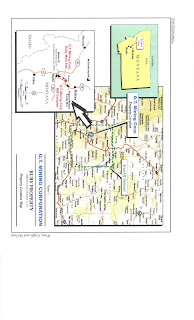 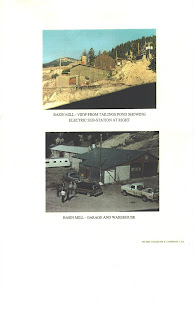 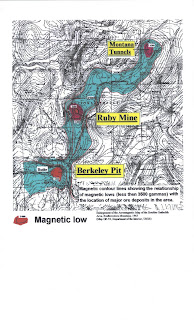 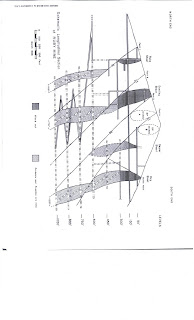 Innovative Technology: Mobile Metal Ions Process
Soil geochemical exploration has been a routine part of mineral exploration for 75 years. The application of traditional single or multiple acid digests of soil samples has been the backbone of many programs worldwide for both major and junior mining explorationists. In conjunction with geological mapping and geophysical surveys, these traditional approaches have been successful in delineating or outlining near-surface ore bodies. However the mining industry recognized that additional deposits of high-grade base and precious metals are present beneath those discovered at surface. It became apparent that a geochemical tool was required that would permit explorationists to "see" beneath the surface and identify these high-grade ore bodies.
Acting on a request from the Australian mineral exploration industry, Dr. Alan Mann and colleagues at the Mineral Exploration Research Institute of Western Australia developed a radically different approach to soil geochemical exploration. Their technique, known as the Mobile Metal Ions Process ("MMI"), focuses on the extraction of metals from a fixed location in the soil profile based on a proprietary dissolution or digestion of soil samples. In addition, ligands or chemical compounds specific to base and precious metals are used in the process to keep metal ions in solution subsequent to extraction from the soils. This prevents the metals from precipitating out of solution or becoming stuck to the vessels used during the digestion, analysis, process and permits an accurate measurement of the amount of metal in the soil.
The metal ions measured with the MMI process have migrated upwards from a buried mineral source and become attached to individual soil particles or grains. Their mode of transportation from buried source to surface is considered to be primarily by ground water and subsequent evaporation, however, a variety of methods probably assist in mobilizing ions to surface and include evapotranspiration, self-potential "battery effect", the vertical component of ground water flow, vapour phase transport and simple diffusion.
The recognition of an MMI soil geochemical anomaly not only has significant implications for focused exploration at depth but also for reducing costs during an exploration program. The MMI anomalies have been documented in over 1000 case history studies worldwide to form directly above their source. This permits focused drill testing and avoids the traditional "shot-gun" approach that results in significantly increased costs from inaccurately sited drill collars. The source or mineralized zone producing the MMI anomaly has been drill proven to depths of 2000 feet.
The O.T. Mining Corporation ("OT") has delineated a porphyry copper-molybdenum deposit at this depth in Montana during their MMI-assisted exploration of the Ruby property. The success of the MMI approach on the Ruby property has been such that in the future, airborne and ground geophysics and geological mapping may be avoided with target delineation based solely on MMI soil geochemistry. This represents a further reduction of exploration costs that can be redirected into focused drill testing.
The MMI technique is capable of detecting very subtle geochemical signatures generated by buried mineralized zones but it will neither indicate the grade of these mineralized zones nor the depth at which they occur. Drilling must be done to confirm depth and grade. Generally speaking, however, the larger and higher the MMI signal the greater the size of the mineralized zone. Ground geophysical techniques such as ionization potential (I.P.) can be utilized to define the depth to mineralization.
The tools necessary for the use of MMI geochemistry are simple and inexpensive. These include a shovel, vinyl scoop, ruler and snap-shut plastic sample bags. Samples are not sieved and no further preparation in the field or laboratory is undertaken or required. A two-man crew or a single sampler can easily collect the appropriate samples from the area of interest. Samples can be collected from a grid or over individual geologic features (faults, shear zones, unique rock types) or over geophysical anomalies (magnetic, electro-magnetic) to prioritize drill testing by determining which of these features contains the most significant metal source. The MMI survey will indicate whether the target is a base or precious metal-rich target.
The MMI approach has been responsible for numerous technical and commercial successes worldwide. Some of these are listed on the MMI website at www.mmigeochem.com. 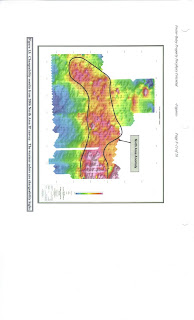